On a late-July day in 1954, seven-year-old Pat Fournier and his siblings play a prank, with some unpleasant consequences, on their neighbour Ronald MacKenzie. The Chocolate Flu is the seventh installment of Pat’s memoir “Memories of a Boy Growing Up in Blackville”.

A rope was tied between the two big wild cherry trees that grew near the kitchen window by the side of our house.  I could see ants climbing up the trees to dig at the small ripening cherries.  And the sap that sometimes dripped down on the rust-red bark made my hands sticky.  There was a scab on my knee from trying to climb up one of the trees.  Mom had put a band aid on the scrape when it bled at first, but it got worn off a couple of days later.  And she told me to stop picking at it, or it wouldn’t get better, but I picked at the edges anyway.

My memory tells me it was late July, and the sun was hot, so we were playing in the shade of the house by the cherry trees.  We were taking turns doing skin-the-cat on the rope stretched between the trees.  You had to put your back to the rope, hold onto it with your arms held out behind you, then lean forward and turn a somersault to land back on your feet again.

The two big cherry trees were right beside the old bent wire fence that separated our yard from the one next door.  Small scraggly bushes and grass grew up under and around the bent-down rusting fence.  There was an opening in the fence by the kitchen window, and there was a big pump there, where we got our water.  Our neighbour Jim MacKenzie got his water there too.  Dad laid some boards down on the ground by the pump, so we could pump a pail of water and not get our feet wet in the mud.  While Dad could pump water and fill a bucket easy with just one hand, I had to reach up and use two hands to pull down the big wooden handle. 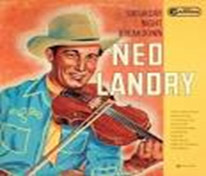 Old Jim MacKenzie now lived alone in his little house next door since his wife died a couple of years ago, and now he was a bootlegger.  It never bothered us that he was a bootlegger, even though it was sometimes noisy over there late at night, with cars coming and going, and men going to his door to buy a case of Moosehead beer or a bottle of Old Nugget wine.

We knew that Jim was lonely without his wife, so sometimes after we came back from Sunday morning mass Dad would take our portable record player over to Jim’s yard, plug it in to an extension cord, place it on a chopping block by his woodshed, and play 78 records.  Dad and Jim would sit on the sawhorses in the open-sided woodshed and talk, until Mom called us into the house for dinner.  Jim liked Dad’s fiddle music records, like Ned Landry playing “Maple Sugar”, “Jimmy’s Favourite Jig”, and “Orange Blossom Special”.  Sometimes Jim would get up and do a little shuffling step dance in the sawdust.

While we played skin-the-cat I could see Jim sitting in his rocking chair at his kitchen window, chewing his fig of Goldenrod chewing tobacco.  And he’d spit tobacco juice right out the open window!

Jim was missing a couple of bottom teeth, so sometimes when he spit tobacco, some of the juice would trickle down onto the grey stubble on his chin.  And his red and black plaid mackinaw jacket was always stained with tobacco spit.

The four of us were out of school now for the summer, and were having great fun playing together in the yard.  But Mom was concerned that we would end up being constipated from not taking time out from playing to go do “number two” in the outhouse, so she came out the back door to give us each a piece of Ex-Lax.  When she came around the back corner of the house, we could see that she already had the chocolate Ex-Lax out of the little blue box, and had broken off four little squares of the chocolate in the silver foil wrapper.  Then she handed each of us our share of the Ex-Lax.

We were still holding our little piece of Ex-Lax in our hands when she went back into the house.  And we did not want to eat it!  Because we knew that later when the Ex-Lax made us go poop, that we would have to miss out on some fun.

So now we were faced with the problem of what to do with it.  We knew from past experience that saying bad words would get our mouth washed out with soap.  But we didn’t know what kind of punishment we would get if our mother knew we didn’t take our Ex-Lax.

A box of Ex-Lax chocolate laxative

As we stood there with the Ex-Lax in our hands, Ronald MacKenzie, having heard us playing, came running across the road to join us.

“What are you guys doing?” he asked.

“Mom gave us some chocolate, but I don’t want mine.  You can have it if you want it”, said Katharine.  Being the oldest, she often led us in our games, and it became quickly evident to the rest of us that she had come up with a plan for all of us to get rid of our Ex-Lax.

“There’s nothing wrong with it”, replied Katharine.  “I just had enough chocolate already, and don’t want any more of it.”

“Yeah”, added Marjorie, who was quick to catch on to the plan.  “I don’t want mine either.  We’ve got lots of chocolate and candy and stuff in the house, so you can have mine too.”

Following their lead, Johnny and I also said we didn’t want our chocolate candy, and offered our pieces to Ronald as well.  Our sincerity soon overcame his initial suspicion, so Ronald, not believing his good fortune at being given all this chocolate treat, eagerly ate each piece of our Ex-Lax!  Then the five of us continued to play until our mother called us in for lunch.

A few hours later, Ronald’s father, Barry, came over to our house for a visit.  He sat in the big rocking chair by the kitchen wood stove and took a cigarette out of his package of Export “A”.  After lighting it with a wooden match, he crossed one leg over the other, and leaned sideways on one elbow.

“I don’t know what in God’s name’s got into Ronald”, he exclaimed.  “The boy’s got the runs so bad he can’t even make it to the outhouse without shittin’ in his boots!”

As I sat at the kitchen table colouring, I did my best to keep a straight face, and listened to the conversation. 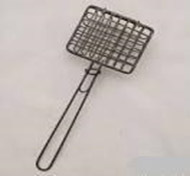 A wire soap shaker from the 1950s. A cake of soap would be put in the wire basket, then swished in the dishpan to make soap suds to wash the dishes

None of us had said a word about what we’d done, and Ronald apparently hadn’t figured there was anything wrong with the chocolate treat we gave him, and hadn’t said anything to his parents about getting the treat from us.

“Well”, said Mom, as she swished a cake of Sunlight soap around in her dishpan in the wire soap shaker, “maybe he’s got a touch of the flu.  Or maybe it’s something he ate.”

I did my best to hold back a snicker!

Poor Barry continued to fret a little longer as he took long drags on his cigarette, then finally lifted the lid on the wood stove with the poker and discarded the butt.

As he got up and walked to the door to go back home to tend to poor Ronald, he muttered that he sure hoped that he didn’t end up getting the shits too!

If you have any comments or questions about Pat’s stories, you can contact him at his email address at pfournier@eastlink.ca.