In the tenth installment of Pat Fournier’s memoir, Memories of a Boy Growing Up in Blackville, the Fournier family welcomes a baby boy, Leonard, in the winter of 1955 and Pat celebrates his ninth birthday in the Spring of 1956.

Even though Johnny was a year older than me, we were both in grade three together, because he had failed grade three last year, so had to repeat the year.  He said he did that on purpose to wait for me!

Johnny was born on March 19, 1946, and I was born close to a year later, on March 17, 1947, so since our birthdays were close, we always shared birthday parties, like the birthday party we were having today.

Both of us got to invite a few of our best friends from school to our party.  I don’t remember all of my friends that came to the party, but I clearly remember that Graham Parks was one of them, and how he laughed and had so much fun when we played bingo!  And I remember too that one of my earliest memories of him was when we started school and were back in grade one together, and how he used to have trouble pronouncing the letter “L”.  So when we went out at recess, he would say: “Let’s pray”, instead of “Let’s play”!

But the trouble with having a shared birthday party was that when Johnny opened one of his presents, then I knew what I would be getting too!  Because the invitations that Mom made for us to give to our friends said that it was a party for both of us.  So when one of our friend’s Moms bought us birthday presents, she’d get us the same present.    So when Johnny opened his present and found a coloring book and crayons, or a Campfire notebook and pencils, then I knew that I would be getting the same thing!

So there was no surprise for me when I opened my present, and that wasn’t fair for me at all!  And I remember that after that happened a number of times, I whined and complained to Mom, so after that she got Johnny to let me open some of my presents first. 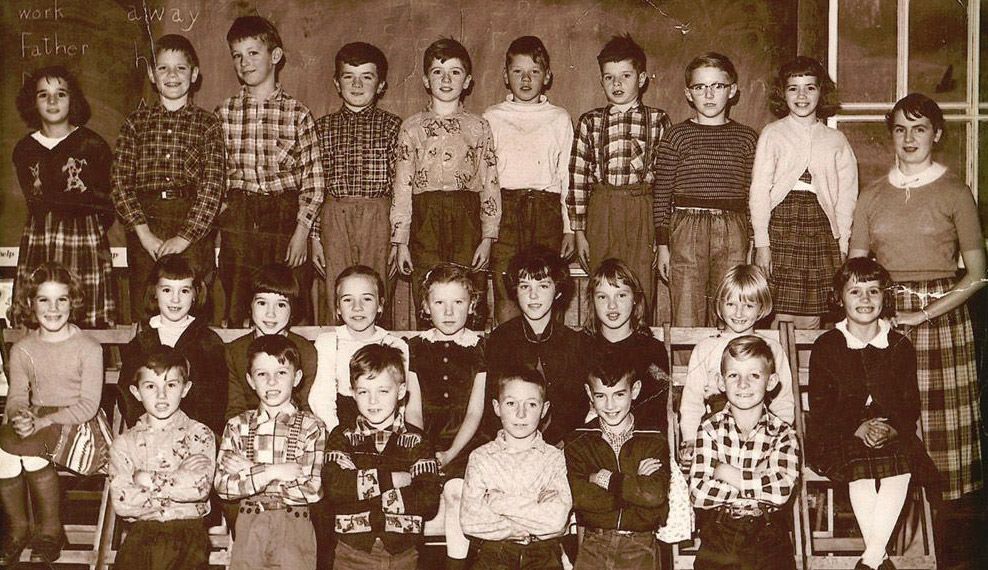