On a late autumn day in 1963, the world stood still after learning that the president of the United States had been shot and killed in Dallas, Texas. In the thirty-first installment of his memoir, Memories of a Boy Growing Up in Blackville, sixteen year old Pat Fournier recalls the day John F. Kennedy was assassinated. 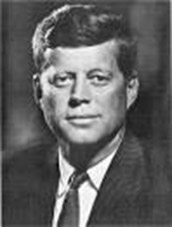 I walked in the back door of the house after coming home from school, and immediately sensed that something was different.  The radio was on, but it was playing what sounded like some sort of funeral music – very slow and melancholy.   Mom was working over at the kitchen counter, and I think she had been crying!

Then she told me that the United States president, John Kennedy, had been shot!

While Friday was usually a good day to watch some entertaining programs on the television, “The Alfred Hitchcock Hour”, “The Twilight Zone”, and all other regular programs had been cancelled that evening, with all the channels airing the repetitive news of Kennedy’s assassination.

So instead we watched the surreal scenes over and over again on our black and white picture television of Jackie Kennedy reaching back over the trunk of their convertible limousine to help the secret service agent into the back seat to help her with the President.  And of newsman Walter Cronkite removing his glasses, and tearfully advising the world that the President had died.

The next day, the front page of the Telegraph Journal papers I delivered screamed in extra large bold black print:  “PRESIDENT ASSASSINATED!”  I sold all of the additional papers I had, and could have sold many more.

Over the weekend we watched more updates, reactions and speculations regarding Kennedy’s assassination.  And we watched in awe on Sunday as the television images showed over and over again Jack Ruby’s shooting and killing of suspected assassin Lee Harvey Oswald, as he was being led by sheriffs down the corridor of the Dallas police department headquarters. 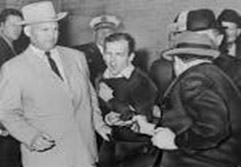 And I remember thinking, as I sat transfixed in front of the television and watched as Oswald grimaced in pain as he was shot, how the television had changed our world!  We had been living with televisions in our homes for maybe six years now, and had come to accept this new marvel of technology as just a source of entertainment.  And while we watched as ‘the bad guys’ got shot in the “Gunsmoke” and “Bonanza” TV programs, we understood that those programs were only fiction.  Yet here we were watching, just a brief time after the event took place, a man actually being shot, right before our eyes!

Then it seems the whole world came to a standstill on Monday, the day of Kennedy’s funeral.  We watched teary eyed as two year old ‘John-John’, Kennedy’s little two year old son, saluted the President’s casket as it passed by in the long funeral procession. 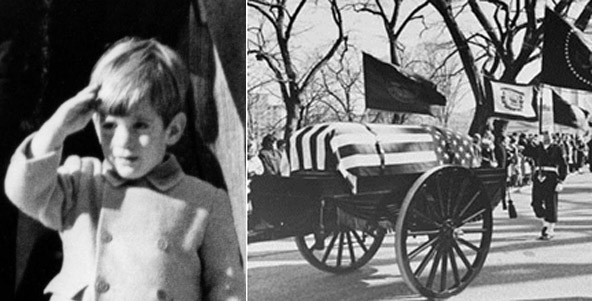 These scenes are unforgettable, and were forever imbedded in my mind, just as they were for people around the world.

And to this day everyone remembers where they were and what they were doing when they heard that President Kennedy was killed.

Posted in A Boy Growing Up In Blackville, Blackville, Blog, History, Recalling the Past and tagged family history, heritage, local people, memories