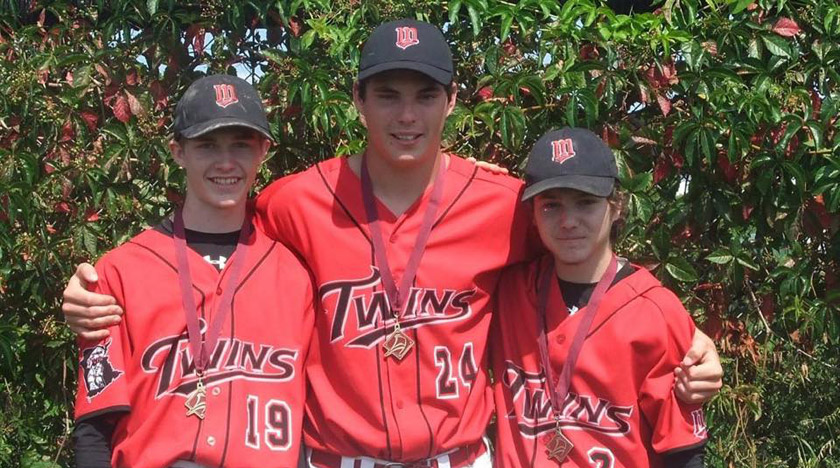 The Miramichi Twins went undefeated in all four games they played this past weekend to become the New Brunswick Midget A Provincial Champions! Friday night they won against KV with a score of 4-2 . Saturday morning they beat their biggest rival Dalhousie 5-2, and Saturday evening they beat Atholville by 8 runs.

Being the only team with 3 wins they had 2 chances at the title. If they beat Dalhousie at 9 on Sunday they were provincial champs, but if they lost they had a second chance at noon. In the first game it was touch and go with Dalhousie leading in the 4th by 3 runs, but Miramichi came back to win with a score of 13-7. There some pretty excited boys and coaches! Thanks to David DOAK, Stacy Adams, Pierre Diagle and Darren White!

Congratulations to the team, and especially local players Aaron Dunn, Ben Lyons and Daniel Richard, all of Howard Road! 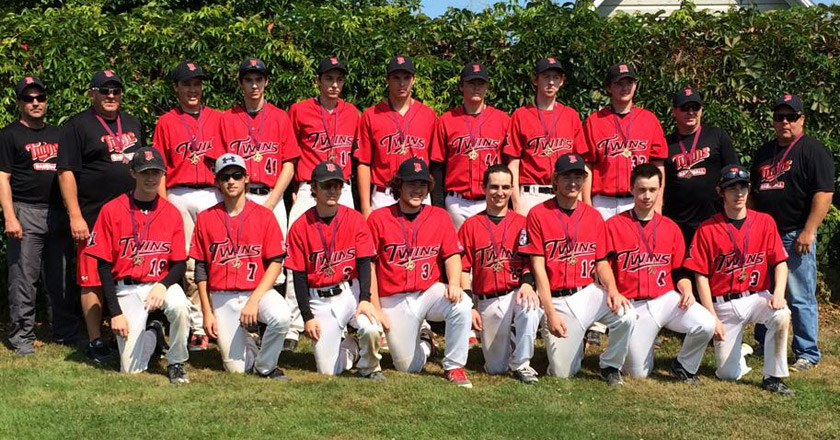