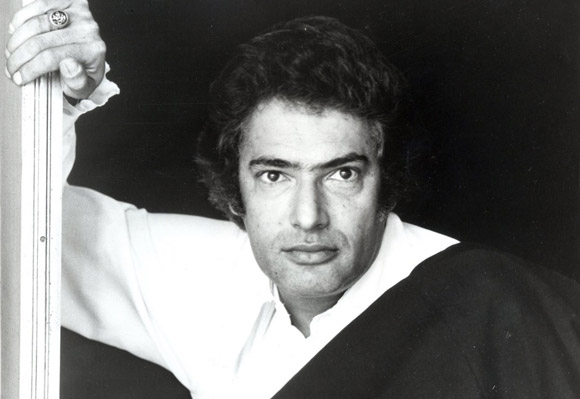 Well, there’s no reason why you should know or care, not even if you’re a dedicated opera fan who can’t get through a day without listening to a recording by this or that diva, or a rousing overture by a world renowned orchestra. For most opera fans in New Brunswick, getting to New York’s Metropolitan Opera, or to London’s Royal Opera House at Covent Garden is probably more convenient and less costly than trekking across the country to hear an opera company they know little about founded by someone whose name they don’t recognize.

That name again is Irving Guttman. And what you probably don’t know about him is that he grew into adolescence in Blackville, New Brunswick, moved with his parents to Montreal when he was a teenager, and went on to become a world- acclaimed opera director who supervised dazzling productions starring the likes of Dame Joan Sutherland, George London, Marilyn Horne, James Morris, Montserrat Caball , Placido Domingo, Luciano Pavarotti, Regina Reznik, Beverly Sills, and Jos Carreras.

Mr. Guttman had no particular training for this role. There was little or none to be had in Canada in the early 1940s when he was just awakening to music and the arts. In 1942 he was 14 when a school chum persuaded him to attend a performance of Rom o et Juliette, Charles Gounod’s opera based on the Shakespearean tragedy. Jeanette MacDonald – then the toast of Hollywood in a string of treacly film musicals with Nelson Eddy – made her operatic debut in the show. Having never before seen an opera, the young Mr. Guttman was trapped by her first appearance on stage. By the time the star-cross’d lovers were dead and buried, he was floating somewhere around the theatre’s ceiling. Although painfully shy, he screwed up the courage to greet the singer at the stage door where he awkwardly mumbled a compliment, and then rushed off into the night with stars in his eyes, and opera in his heart.

Ms. MacDonald, alas, never cut much of a figure on the opera stage, and soon fled back to Hollywood to sing The Indian Love Call with Mr. Eddy, their most famous duet. But Mr. Guttman couldn’t forget her. By the time he was 18, he was saving his weekly allowances until he had enough to take the train with an opera-loving friend to New York to catch cheap-seat matinees at the Met. It was then that the penny dropped. He wanted to become a stage director. Fascinated by stagecraft, he felt deeply that this was the milieu that had been calling to him for years.

And he made it, not through years at a university or theatre or music school, but by attending performances and making note of every detail, by reading as much as he could about theatre production, design and direction, and by listening to recordings by the great singers of the day.

A tall and gangly youth, he often felt conspicuous in the company of others. Nevertheless, he made himself known to people in Montreal’s arts community who warmed to his sincerity, and to his knowledge. Among them was Pauline Donalda, a Montreal-born soprano who, earlier in the century, had shared stages in Europe and the U.S. with Enrico Caruso and other great singers. She returned to Canada at the outbreak of the Second World War, and she became Mr. Guttman’s mentor. Partly on her recommendation, he was asked to direct the first television opera for CBC-TV. Following that, he directed Giacomo Puccini’s Tosca as the first operatic production at the city’s newly constructed cultural ziggurat, Place des Arts, and then the young Maureen Forrester in Gian Carlo Menotti’s The Consul. His reputation grew, and he soon found himself swamped with offers from across Canada and the U.S. It was at that point that a group of people in Vancouver called him to ask if would be interested in becoming the artistic director of the city’s newly-formed opera company.

“At first, I was inclined to dismiss it,” he told me. “But the more I thought about it, the more I liked the idea of building up an opera company from scratch. It seemed like such a great chance to expand Canada’s artistic horizons. So I came out for an interview. And I’ve been here – when I haven’t been in Edmonton, Winnipeg, Barcelona, Buenos Aires, Philadelphia, San Francisco, Taipei or somewhere else on directing assignments – well, for 40 years I guess.”

At the end of his first 13 years with the company, he took a much needed breather. But in 1981 he returned to Vancouver Opera, and delighted audiences with four more seasons of sumptuously staged and brilliantly sung productions.

These days, he travels as a freelance director. When I talked to him in the handsome apartment overlooking English Bay he shares with Robert Dales – his companion of 30 years – he had just returned from Milwaukee where his production of Giuseppe Verdi’s Nabucco for Wisconson’s Florentine Opera Company had earned a standing ovation, and a sheaf of rave reviews.

“Throughout my career,” he said, “I have believed so deeply in opera and its great power, in the careers of the young singers I mentored over the years, and in that magic which occurs when the curtain goes up, I feel it is always worth the struggle and the work, and will always be worth it. This, more than anything else, gives me the strength to overcome any fears, weaknesses, or uncertainties I may have about my own part in the process.”

Now 72 and in cheerful good health, Mr. Guttman also advises the opera companies of Edmonton, Regina, and Winnipeg, organizations he helped to establish. For this, he has been dubbed “the father of opera in Western Canada.”

“That was meant as an accolade, I suppose,” he laughed when I reminded him of it. “And I take it as such. But it does rather make me sound like a bewhiskered old fogey with a failing memory who likes nothing more than to sit huddled by the fire and bore visitors to distraction with a lot of half-remembered backstage anecdotes.”

That’s unlikely ever to happen. From the loneliness and isolation he felt when he was growing up in Blackville, to the camaraderie he found – and still finds – in the great opera houses of the world, Irving Guttman remembers it all. And he remembers it joyfully.