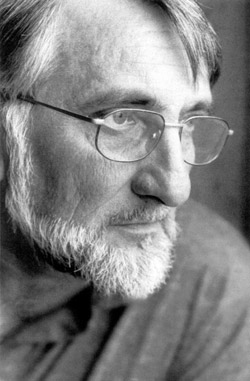 The Stephen Leacock Medal is awarded annually to an exceptional work of humour by a Canadian author. The medal has been awarded every year since 1947, when the Stephen Leacock Associates began searching for the country’s finest literary works of humour. Past winners of the award include W. O. Mitchell, Pierre Berton, Farley Mowat, Stuart MacLean and Mordecai Richler.

Herb Curtis grew up outside of Blackville on the Miramichi, the river and region that he has helped make as familiar to his fans as their own backyards. Curtis started writing when he left school at the age of 16. In his early years, he worked as a bartender, fishing guide, woodsman, construction worker and a stand-up comedian throughout the Maritimes. The characters he created for his comedy work, in particular Shadrack and Dryfly, became the heroes of his Brennen Siding novels — The Americans are coming, The Last Tasmanian and The Lone Angler — all published by Goose Lane Editions.

In addition to the Brennen Siding trilogy, Curtis is the author of the novel The Silent Partner, The Scholten Story and several books of humour. He won the Thomas Raddall Atlantic Fiction Award for The Last Tasmanian, which was also a regional finalist for the Commonwealth Writers Prize The Silent Partner was shortlisted for a 1997 Booksellers Choice Award of the Atlantic Provinces Booksellers Association. Stage versions of his novels The Americans are Coming and The Last Tasmanian have been staged by Theatre New Brunswick.

The winner of the 53rd Annual Leacock Medal will be announced April 19 in Toronto.