She has been retired for six years, but Lilah MacKenzie of Blackville is a busy woman. She has released two books on Christianity in recent months, and a fiction novel entitled A Wounded Heart is set to appear in April. However, she simply views this activity as God’s call on her life. 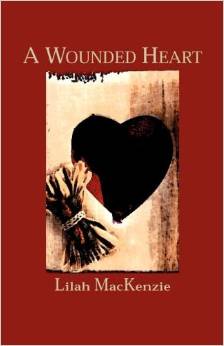 “The inspiration for my first book to be published, A Dream With A Message, came from a dream that I had,” she explained.

“Then, the inspiration for the Blessing of Abraham Can Be Yours came as I was researching my first book.”

That dream was a very vivid one. “I dreamed that my mom died and at her funeral I was speaking to a large group of people,” she said. “The message was this: According to the Holy Bible the hour is late.

“The next great event on God’s calendar is the rapture – the catching away of a group of people from every nation of the world.

“This group, which the Bible refers to as the Bride or Church of Jesus Christ, will be caught away before the great tribulation that is coming upon the earth. In my dream the question went forth: Are we a part of His church? Will we be a part of the rapture?”

MacKenzie has no doubt that this dream and its message are timely.

“Isaiah prophesied that darkness and frightening days are ahead for the world. The Bible also tells us that men’s hearts will fail because of fear.

Our world is heading toward a time of great tribulation and the greatest war that has ever been fought, the Battle of Armageddon. Signs are everywhere,” she said.

Meanwhile, MacKenzie said that the message of The Blessing of Abraham Can Be Yours is that God’s original promise of a blessing to Abraham was, in her words, “the baptism of the Holy Ghost.

“This great blessing was first poured out on the day of Pentecost,” she said.

She then cited numerous New Testament references to support her assertion. “Paul spoke about it in Galatians 3:14, ‘that the blessing of Abraham might come on the Gentiles through Jesus Christ; that we might receive the promise of the Spirit.’ According to Romans 8:11 we will need the blessing of Abraham, or the Holy Ghost, to be a part of the rapture.”

MacKenzie makes no pretenses that her ideas are original.

“God was my main source,” she said. “I was also privileged to have writings from pioneers who waited upon God and I believe their writings were inspired and confirmed by the Word of God.”

MacKenzie and her husband, Omer, attend New Life United Pentecostal Church of Blackville. The couple married in 1959, and made their faith commitment in 1962. They have two children and one grandchild.

“I will mail out the books or they can be picked up at 137A Main St., Blackville,” she said.

MacKenzie has also produced a video entitled Medicine for the Body and Soul that retails for $19.95.

“Proverbs 17:22 tells us, ‘A merry heart doeth good like a medicine.’ The video is 100 minutes in length and consists of four plays. The first three, which are comedy plays, were written, directed and acted by myself, my mother and sister.

“The fourth, which is serious, with the same actors will bless and encourage the soul,” she said.

MacKenzie is also making available her two books and her video for $35.

The amount of work seems daunting for a woman who is technically retired, but MacKenzie is happy to serve her Lord in this way.

“If one soul gave his or her heart to the Lord because of my books, it would be worth all the time, effort, and expense that was put into them,” she said.