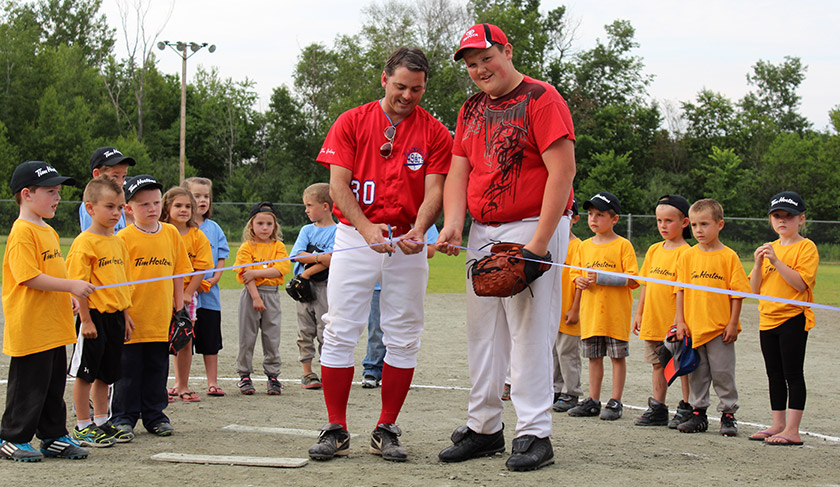 The official grand re-opening of Blackville’s Centennial Field was celebrated on Thursday, July 9.  The celebration began with the two Blackville mosquito teams, the Junior 49ers and the Blue Jays, going head-to-head in an exhibition game, followed by the singing of the national anthem and ribbon cutting.  Jake Stewart led the crowd in a rendition of Oh Canada, and then proceeded to cut the ribbon alongside teammate Calvin Furlong. The Rallycaps were also present.

Following the ceremony, the Blackville 49er’s faced off with the Miramichi Brewers in a game of fast pitch softball. The final score was 10-6 for Miramichi. The two teams play again next Thursday night, July 16, at 7:30pm in Blackville.

Upgrades to the ball park began last summer as a joint project between the provincial government and the village of Blackville. The $80,000 investment also provided improvements to the municipal park.

Improvements to the ball park included replacements of wooden bleachers and dugouts with steel and chain link versions, new fencing and gravel, and field excavation.