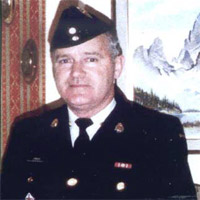 Our father was a special individual; his name was Harold, commonly known as “Hallie” Conners, and he was the local NB Power Hydro Man.

My dad eventually became the first Mayor of the village of Blackville, which was quite an accomplishment.

He was a very dedicated Mayor who provided many new improvements to the village; one that comes quickly to mind was a new firehall and fire truck and therefore adding much needed security to the wonderful people in the village and the surrounding area.

Harold & Jane (Jenny) Conners with grandchildren Larry & Judy in their arms. You can see the old mill smokestack in the background. 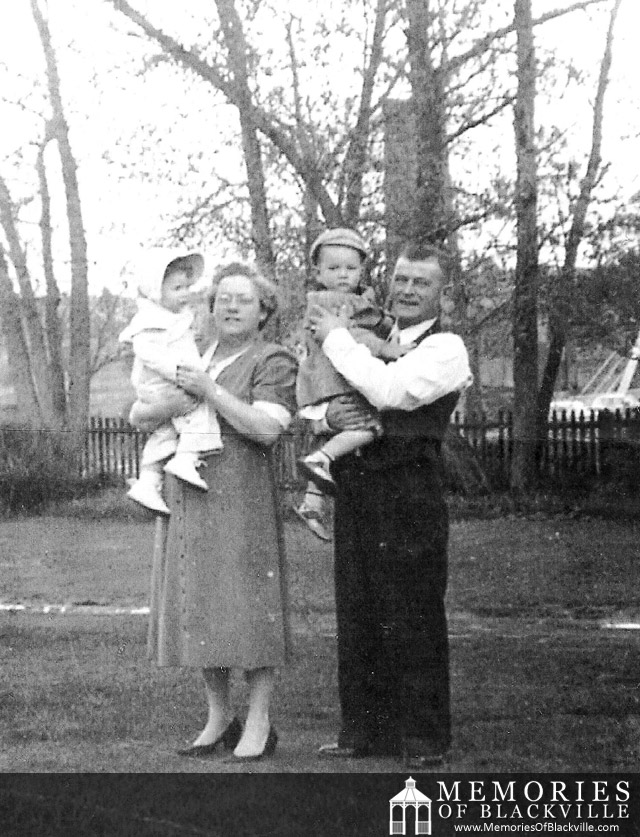