I have taken my interview with my Nanny, Ethel Tucker, and created an Autobiography. I use all her answers as accurately as possible to explain what her life was like growing up from her point of view. I have not altered any of the answers I gathered from her. All the information, stories and opinions are her own with the exception of the last paragraph. The beginning sentence of my conclusion is her words, but the latter is my own thoughts and beliefs. Nonetheless, growing up with my Nanny, I am very close with her and know her own thoughts and beliefs exceptionally well. I am sure that she would agree and approve of my conclusion.

My name is Ethel Hazel Tucker. I am currently 73 years old. I was born on Mom’s homestead in the Gray Rapids on January 30th, 1942 to Bertha Johnston and William Curtis. I spent the primary years of my life there, until 1960 when I married at the age of 18 to Bernard Tucker. We then built a small home on Route 118 White Rapids, New Brunswick, where we raised our own family. 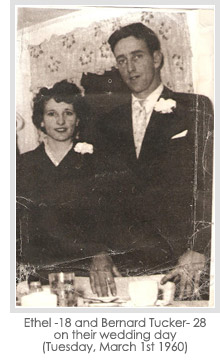 Mom was 42 when she had me; I was the baby. I had 7 brothers and sisters- Gladys, Gladys, Joe, Jessie, Laura, Dora and Gordon. My oldest sister Gladys was born in 1917. She would have been 95 had she still been living. However, she died in ‘21 at the mere age of four. Mom went up the hill to the spring for some water. Gladys lost her ball under the bed. She took her lantern under to find it. Her hair caught on fire and she went outside into the wind… she died before they made it to the doctor.

During that time, there was no clinic, but a house that the doctors rented in Blackville. One doctor worked at a time. We didn’t have a car – no one did- except for the minister’s family. If anyone needed to get to the doctor, that is the car that was used. I don’t ever recall attending the doctor myself. Families had things like aspirin and mild medicines; the parents would do what they could for you when you were sick. When young, I would get terrible growing pains in my legs. Pop would give me wool socks to put on and wrap my legs in warm blankets. I’d then lay by the heat of the wood stove where I would stay all night. 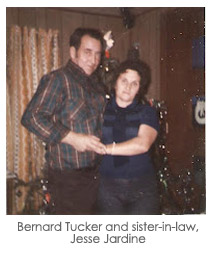 Every night, before I went to sleep I would say my prayers by my bedside. I shared my bed with my sister (whichever one was there at the time). In the mornings, I would awake and use the water basin to wash up. There would be toast or a biscuit for breakfast. We didn’t have much. I’d brush my teeth and Mom would braid my hair and tie it with ribbons. Every day I walked to school – rain or shine. It was no pick-nick, especially in the winters, they were brutal. I did not walk with my siblings as I was eight years younger than my next sister. It was a lengthy walk to the one room school house was situated in the Gray Rapids. Approximately 25 – 30 children attended this school. No one graduated because the school only reached grade eight. I loved going to school.

We took lunch around 11:30 until 1 o’clock. During this time I would walk down over the hill to my aunt’s for lunch. Most of the time I had bread and molasses, sometimes I would have things like potatoes and pork chops or perhaps bologna. While waiting to be called back to class we’d play hopscotch or hide ’n’ seek. More often than not, we – both boys and girls -passed the time playing baseball. 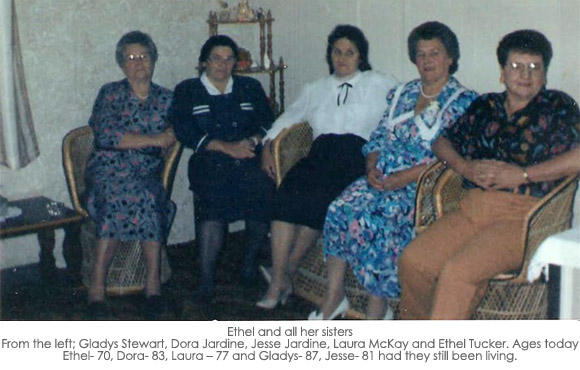 I’ll never forget the cold winter day when one of the boys – Cameron Sullivan- played a dirty trick on me. We had just came in from outside and I was sitting at my desk. Cameron came from behind me with an old, icy, rubber eraser and dropped it down my back! I couldn’t do anything but screech! The teacher happened to be just coming in. She directed a fierce, scrutinizing glare towards me, then Cameron. I did not say a word. He got a good strapping’ for it, I must say. Laughing or talking in class usually earned you a good 5 thwacks with the strap, but it all depended on what you did. 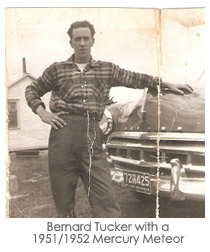 Outside of school I had a variety of chores to complete. I had to help with the dishes after meals and sweep the floor just like kids today. I also had to scrub clothes on the washboard, milk the cow, carry water from the spring and collect eggs from the hen house. When I scrubbed the floors, I would get on my hands and knees with a scrub brush, pail of water and a cake of homemade soap my mother made. We not only had to make our bed but our mattresses as well. They consisted of old potato burlap sacks filled with hay. It was necessary to change them occasionally because of bed bugs.

To entertain ourselves, we played ball all year ‘round, ‘cept for winter. During the winter we’d play on the pond or skate on the river ice; mind you I didn’t have skates. We went sliding a lot too; a piece of cardboard would be our sled. Other than that, I loved to read and cook. I started helping Mom in the kitchen with cooking at the age of eight. 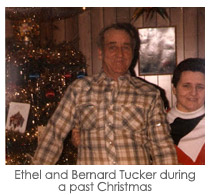 Around the age of nine or ten, I began attending the Anglican Church in the Gray Rapids with Pop. My mother never went. There was no catechism either. I always had to wear a hat though; all the women in the church did. Just as you would always go outside to be out of the way when your Mother had afternoon company or you knew to never, ever – talk back to your parents.

My parents and siblings were really all I had for close family. I never saw any of my grandparents, let alone got to know them. I really wish I had of; however they passed away before my time. I often watch my own grandchildren and see what I missed as a child. 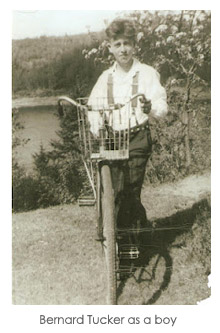 At the age of fifteen, I began working at the Pentecostal preacher’s house. I took care of the children, made bread, meals and did the house work. The men worked in the woods then. My father in law was a contractor that hired men to work. Pop was a butcher. He got paid for killing cattle, pigs and other animals. There was a meat man that would come to your door and sell you fresh meat. It was hard times; we were poor. Everyone was poor.

Back then, we would only get the necessities. We would order clothes and shoes from the Eaton’s catalogue whenever ours got small or worn. (When I was 14, I saved up my money to buy a dress for Mom. It was a simple flowered dress with pockets in the front- for $4.99, I do recall.) No one went to go get their hair done; whoever had a pair of scissors cut your hair. My neighbor would cut mine.  Things like sugar and flour came from Curtis’s store in the Rapids. If we needed things from Blackville, Pop would take the horse and wagon.  At the time, the village of Blackville consisted of a Lounsbury’s furniture store, post office, an old mill where the park is now, and a grocery store. I would get the odd hard candies from the grocery store, like peppermints. We never looked for that kind of stuff though. 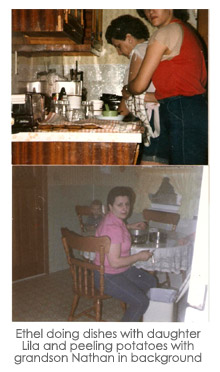 We did not have indoor plumbing of course, just an out-house. There was no electricity instead we used oil lamps. At my parents house we didn’t have a phone, but when I married and my own home was eventually built, we had one. I didn’t use it very often or spend my time on it like certain other ladies. It was just the news bag line – everyone listened in and would know what you were talking about. A little battery radio was all we had, and a wind up alarm clock.

Though I lived back then, I don’t know how we did. People seem to need so much to survive these days.  Or rather, want so much. Life may be easier now, but it is not as simple. Options are fine – too many options are not. Too much of anything is not good for you. The world is too much with us. Perhaps that is why life was better back then; because we didn’t have much of anything. We spent our time and money on what was necessary. We took our time. Nowadays people are racing to get ahead of one another. They want to be everywhere, and know everything. Everyone is pushed to extreme limits. Young ones made to grow up too quick; adults get lost in work. Life is rushing ahead and people are forgetting to live while trying to keep up.